What should a reader do to be a good reader? 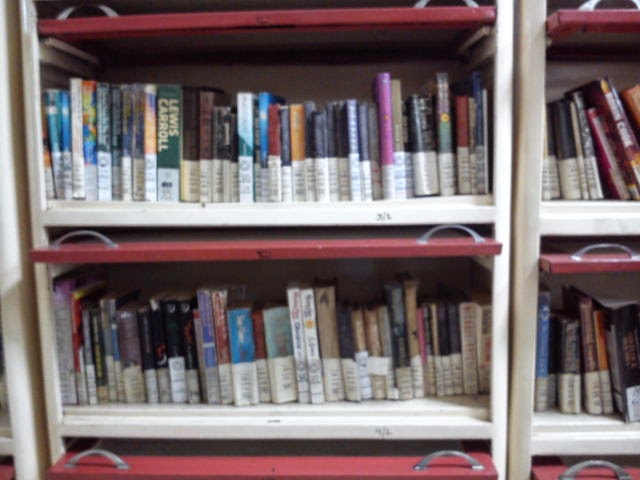 It's a fad these days to be professing one's love for books when all around you see people deeply engaged in online gaming or surfing net. For all the love declared towards an act that takes such religious heights for some (and a small % only at that), you try forming an interesting, leave alone a learned conversation on the topic of books and it doesn't take more than a few minutes to abandon the effort altogether and start on another one involving a movie or an actor or mobile chatting or some such. Anything but the sacrosanct books that are something like a deity to be revered but not made close bonding with.
My 14 year old daughter  believes she is an avid reader and is happy to remain quite smug in that knowledge. So much so that she doesn't feel the need to go to the nearest library more often as she has her staple of Harry Potter, Eragon, Percy Jackson series that are apparently enough for her requirements. The vocabulary given therein is sufficient to help her 'Rowling' in clever English as she spreads her wings with 'wingardium laviosa' to 'ascendio' to the higher limits of knowledge sphere and many others.

But I digress. My point of writing this post is my alarm at the state of readership in the citizenry of present day India that is for some reason not able to devote him/herself to the written word but lives in the notion that they otherwise are devoted readers ie bookworms. Many older and well known authors have given their views on what they expect a reader to behave like to show he /she is a true blue follower of the word. Expectations aren't a one sided process you see. If a reader expects good, interesting or engaging writing from a writer, the writer too expects something out of its readers. Hummmm! Now that's a thought!

The renowned author Vladimir Nobokov had a rather straight forward requirement of a reader when he laid out the following 10 points of reference to be a good reader. Check yourself out dear how you fare in it! ;) Any four out of the lot makes you eligible at it.
Here goes:
Not just this Nobokov also believed that a reader should be a re-reader to really appreciate the writing. he says:
'A good reader, a major reader, an active and creative reader is a re-reader. And I shall tell you why. When we read a book for the first time the very process of laboriously moving our eyes from left to right, line after line, page after page, this complicated physical work upon the book, the very process of learning in terms of space and time what teh book is about, this stands between us and the artistic appreciation.
But I guess if there is even a single time of reading happening, the writer should be grateful enough. that would be enough a discharge of his/her duty towards the book.

As Samuel Johnson says- 'A writer only starts a book. The reader finishes it.'