Book Review: And We Remained

And We Remained
by
Asad Ali Junaid 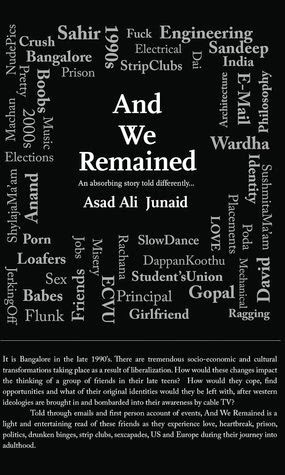 It is Bangalore in the late 1990’s. There are tremendous socio-economic and cultural transformations taking place as a result of liberalization. How would these changes impact a group of friends in their late teens? How would they cope, find opportunities and what of their original identities would they be left with, after western ideologies are brought in and bombarded into their awareness by cable TV and new media?

Told through emails and first person account of events, And We Remained is a light and entertaining read of these friends as they experience love, heartbreak, prison, politics, drunken binges, strip clubs, sexcapades, US and Europe during their journey into adulthood

Junaid brings here a breezy and honest-as is where is account of life of an engineering student. This is such a sincere portrayal of a set of students and also their families coming from the middle class; their struggles and boys being boys come what may! It is a story told in a very simple and forthcoming manner.....yeah a no-holds barred definitely as you go through the untraversed territory of the male psyche and habits. :)
Five friends Sahir, Gopal, David, Sandeep and Anand give us a peep into the life in an engineering college where they share the back benches, pretty teacher's classes, a villain of a principal and even a girlfriend in a girl called Wardha, that forms a gamut of collective experiences throughout their seven semesters. This inspires quite some funny, light hearted moments in the narration like the time when due to paucity of money, Sahir and Sandeep end up giving a valentine's day card jointly to the same girl!
The various ups and downs therein form the basis of how they fare in the outside world which is not too great as they find out eventually. The tough life of the youth abroad while the families back home remain blissfully unaware of the hardships they face in the land of opportunity is also highlighted seamlessly into the story.
Since it showcases the lives of these students in the 1990s the emails emergence as the new tool of communication has been put to good use here as a means to relate the story from the various character's point of views.
All in all a light read to be enjoyed by all and also an enlightening one especially for the parents of budding engineering students to get a perspective! 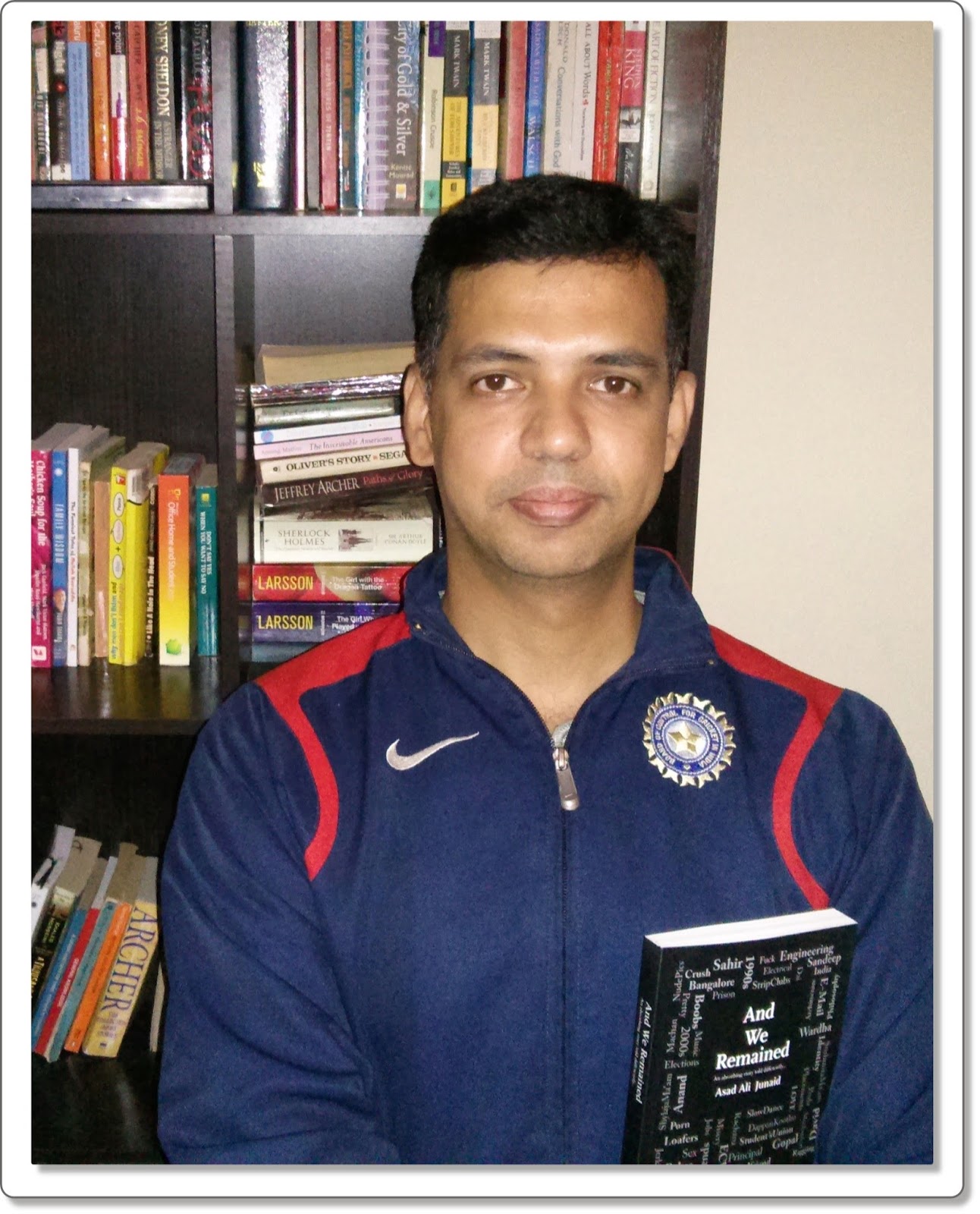 Asad Ali Junaid is a design professional in Bangalore working in the area of Human-Machine Interaction. He aims to resolve problems to enable humans interact and use technology efficiently.
Junaid writes whenever there is a compelling story inside him bursting to get out.  Junaid’s first fiction novel –And We Remained – started as a story which needed to be told… and one which needed to be told differently. He joined a three week in residence ‘Just Write’ fiction writing workshop where he got a chance to learn the nuances of and hone his story telling skills from authors Anil Menon, Anjum Hasan and Rimi Chatterjee. And We Remained then turned into a 52,000 word novel with an absorbing storyline and a unique narration style – the story is set in the 1990’s India and is told through emails and first person accounts of events.  Junaid is getting great feedback for the story depicting the mindset of engineering students in that era and the unique narration style it follows.
Junaid is married and his wife is a Post-Doctoral Researcher at Indian Institute of Science in Bangalore working in the area of Molecular Biophysics. Their toddler completes their home while keeping them on their toes.

You can stalk him @


This Tour is Hosted by